The world of luxury cars can be a little bizarre at times when you consider the various different tiers of manufacturers and the overall hierarchy and pecking order. Jaguar (and sister company, Land Rover) have long been regarded as being a little higher positioned than your regular German offerings, but in that sense they have also struggled to appeal to a broader market which is ultimately a necessity in this day and age in order to achieve economies of scale.

While this generation of Jaguar products was led by the arguably inaccessible F-Type (for the regular luxury car buyer, that is), it was followed by a whole host of new products and updates that served to greatly improve the image of Jaguar and the overall appeal. The Jaguar XE is one of these models, coming in as an entry-level luxury sedan offering for Jaguar.

The technical lineage of the Jaguar XE continues on from the X-Type, but the two products are so vastly different that it’s difficult to even regard them as the same kind of car. In that sense the Jaguar XE offered the brand a fresh slate to work with, but it also had to prove itself in a myriad of ways.

There were a lot of promises that Jaguar made with the XE, and for the most part they came through. The platform was designed to be incredibly agile and sporty, with no compromise in ride comfort. The powertrains are especially potent – though we haven’t got any of the nice large engines in our market through official channels.

As of 2020, the introduction of the facelift to the Jaguar XE locally has brought the number of variants down from three to one – the 2.0 R-Dynamic. It’s a fairly simple cookie-cutter formula in principle, though things didn’t quite work as well when translated to execution. Still though, the Jaguar XE represents the most affordable point of entry to Jaguar ownership and that has to count for something.

Perhaps in an effort to set itself apart from the competition and justify the dearer pricing, Jaguar has decided to offer the XE with a singular 2.0-litre turbocharged petrol engine in one state of tune. This may not sound all that impressive, but the powertrain in question pushes a good 300 PS and 400 Nm of torque, sent exclusively to the rear wheels.

These are strong figures for a turbocharged 2.0-litre petrol engine. Most rivals sit in the mid 200 PS range of outputs, so it’s interesting to see Jaguar packaging their car with such a potent variant. Still though, it isn’t quite as punchy as a 3.0-litre supercharged V6 would be. All petrol variants of the Jaguar XE come with a ZF 8HP transmission – better known as the eight-speed conventional automatic transmission that redefined the quality of transmissions in the luxury market.

In terms of overall dimensions, the Jaguar XE isn’t particularly large or small – though perhaps its external dimensions belie a slightly more cramped interior. From the outside, the Jaguar XE measures in at 4,678 mm long, 2,075 mm wide, and 1,425 mm wall with a wheelbase of 2,835 mm. The boot space measures at 410 litres.

Looking at the Jaguar XE from the outside, you are presented with all of the modern Jaguar styling elements that set its cars apart on the road. At each corner sit 18-inch alloy wheels, with an alternative option that’s 19-inches in size.  LED headlights and taillights as well as signature daytime running lights provide instant recognition in darker conditions, while the R-Dynamic styled front and rear bumpers will show off the extra aggression in the daylight.

The inside of the Jaguar XE looks fairly luxurious with perforated grained leather sports seats as well as an R-Dynamic leather steering wheel with satin chrome gearshift paddles. There’s meshed aluminium for the trim finishers, as well as ebony Morzine headlining – although there happens to be more plain plastic elements between all of these other more luxurious pieces. The R-Dynamic metal treadplates on the door sills add that touch of class as well.

There is a surprising amount of safety functionality with the Jaguar XE – both in terms of the more traditional systems like ABS with EBD and brake assist, ISOFIX and airbags throughout the car, as well as the important items for the modern consumer like cruise control, lane-keep assist, as well as a 360-degree parking monitor. It would be nicer if some form of autonomous emergency braking was also packaged with the Jaguar XE, but

There is something absolutely unique about the way the Jaguar XE looks – despite being cut from relatively similar cloth as its slightly lower priced rivals. The proportions of modern Jaguar products are both traditional and absolutely spot on, from the ratio of the bonnet to boot length, to the height to width relationship, and so on. It’s certainly a good looking car from almost any angle.

The powertrain is also something to talk about, despite being a 2.0-litre engine, as it punches significantly higher than you would expect. The chassis is also impeccable in its ride quality with that double-wishbone rear suspension design providing incredible wheel control without compromising comfort – essentially great handling and ride control.

But there are the odd drawbacks that one takes on with the Jaguar XE – it certainly isn’t as roomy inside as any of the other options on the market and while that isn’t as big of a concern at this end of the luxury car sizing scale, it is a peculiarity. So too is the choice of materials and the overall fit and finish that leaves a little to be desired.

The pricing of the Jaguar XE can be a bit of a sore point when you consider that most Jaguar products are a not insignificant premium over other luxury models. The Jaguar XE 2.0 R-Dynamic comes in at RM 395,831.02 – until current exemptions on SST come to an end. This pricing is inclusive of a five-year, 150,000 kilometre warranty and a five-year, 65,000 kilometre free service package, as well as three years of road assistance.

In terms of features, the Jaguar XE has a decent amount. Twelve-way electrically adjustable front seats, two-zone automatic climate control, and ambient lighting for the interior are all lovely touches that add a true sense of luxury in simple, everyday ways. There are also items like wireless charging, keyless entry, and a powered tailgate for your convenience, as well as a large dual-touch screen setup for infotainment that comes packaged with Android Auto and Apple CarPlay, reproducing music through a 125W sound system.

There are no local manufacturer quoted fuel consumption figures for the Jaguar XE, but this particular variant of the Jaguar XE returns roughly 25 to 34 miles per gallon according to testing by the United States EPA – which all cars are tested under. This translates to around 10.6 to 14.5 kilometres per litre, which isn’t fantastic for a car like this but nor is it soul-crushingly thirsty.

Making statement in the car park with Jaguar XE

Likes: 1. Clean and elegant design exterior with smooth curve that grows on you. I like the front grille which is bold and seems to snarl at you like the animal jaguar. 2. Really excellent driving experience. The steering control experience is precise and the stability is good. It moves like a sports car rather than family sedan. Happy with the engine performance. 3. Fair petrol consumption compared to older Jaguars. 4. Front seats are comfortable and spacious. 5. Rather quiet drive within the cabin. 6. It has some turbo lag which i like personally. 7. I like the simple interior dashboard, my personal view. It is clean and uncluttered. 8. I feel the Jaguar is an excellent choice for those who wants to make a difference apart from the usual German luxury trio (Merc, Beeemer and Oddy) Improvements: 1. Rear seats could be bigger. But maybe tradeoff from the spacious front seats. + More - Less
9 person found this helpful

Jaguar XE Updated Outside And Inside, Rotary Shifter Replaced

2016 Jaguar XE Officially Launched In Malaysia, In Showrooms For RM340,000 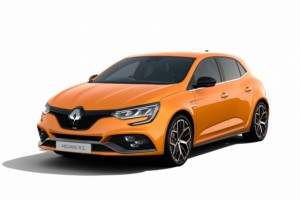 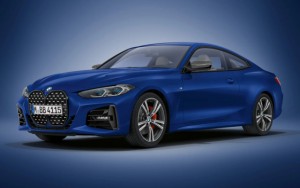 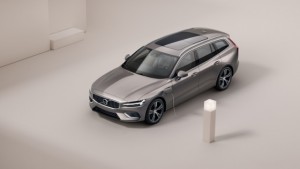 Making statement in the car park with Jaguar XE

Likes: 1. Clean and elegant design exterior with smooth curve that grows on you. I like the front grille which is bold and seems to snarl at you like the animal jaguar. 2. Really excellent driving experience. The steering control experience is precise and the stability is good. It moves like a sports car rather than family sedan. Happy with the engine performance. 3. Fair petrol consumption compared to older Jaguars. 4. Front seats are comfortable and spacious. 5. Rather quiet drive within the cabin. 6. It has some turbo lag which i like personally. 7. I like the simple interior dashboard, my personal view. It is clean and uncluttered. 8. I feel the Jaguar is an excellent choice for those who wants to make a difference apart from the usual German luxury trio (Merc, Beeemer and Oddy) Improvements: 1. Rear seats could be bigger. But maybe tradeoff from the spacious front seats. + More - Less
9 person found this helpful
Load more reviews