As much as Lexus may have shrunk from the public eye – at least in Malaysia – let us not forget that they are a bona-fide luxury car producer. Perhaps the most notable example in modern times is the Lexus LFA, the most extreme example of what the Japanese automaker could do with an entire redesign halfway through its development phase. Lexus lost money on every LFA sold, but it showed the world how serious they were when it came to making fantastic machines.

The legacy of the LFA has been a number of high performance sedans, to rival the high performance products from German rivals. However, there was never really a true successor to it – probably due to its absurd costs – and for that reason second hand values are skyrocketing. But if you were still interested in a grand touring coupe from the most prestigious Japanese brand, you’re in luck.

The Lexus LC is considered one of the three flagship models available from Lexus, and perhaps the best looking of the three to boot. It was first unveiled globally back in 2017, with a local launch that same year. Seeing varying success of this especially unique product for Lexus gave them the confidence to develop a convertible variant that was launched locally at the end of 2020.

In other markets around the world, the Lexus LC comes with either a regular V8 petrol engine or a hybrid V6 powertrain, but for our market there is only the non-hybrid powertrain available regardless of which body style you choose. There may be a move in the future towards the turbocharged V6 engines found in the Lexus LS, though Lexus has not indicated this to be the case.

It’s rarely the case, but the only mechanical difference between the two Lexus LC variants on offer here is the fact that one comes with a torsen-type limited slip differential, and the other doesn’t. Oddly enough this performance enhancing item is found on the convertible, as the two models are quite nearly identical save for the folding roof and some very minor trim differences.

Powering both modes of the Lexus LC in Malaysia is a 5.0-litre naturally-aspirated V8 petrol engine that makes a decent 470 hp and 540 Nm of torque. This also happens to be one of the last naturally aspirated V8 luxury cars on the market, making it something truly unique and special among a field of turbocharged options.

Drive is sent directly to the rear wheels through a ten-speed conventional automatic transmission – the unit itself shifts relatively quickly, although the ratios can be a little long and spread apart in order to make full use of the wider torque band with this large displacement engine, and of course to return better fuel efficiency when cruising at higher speeds.

It goes without saying that one of the best features of the Lexus LC has to be its styling and design. Whether you pick the coupe or convertible form, you will be treated to an amazing display of curves and edges stretching across a long two-door, sports car form. It’s practically an art installation, whether you’re parking it or driving along with it – and those signature headlamps and tail lamps can be spotted from miles away at night.

In terms of wheel sizing, both models of the Lexus LC come with 21-inch wheels all round, though the front tyres measure in at 245 mm wide while the rear tyres measure at 275 mm wide – and this is applicable regardless of whether you’re going for the coupe or the convertible.

Between the two variants of the Lexus LC, the convertible drops the alcantara lined sports seats in favour of semi-leather aniline regular seats – perhaps to provide them with better elemental resistance when driving with the top down. Once again, beyond this minor difference there isn’t a whole lot to split between the two cars – the overall layout of the interior is a careful blend of traditional luxury car orientation, and modern integrated elements.

When it comes to safety items on the Lexus LC, there are plenty of items that come as part of the standard car. As of 2020, Lexus started to roll out their Lexus Safety System+, which encompasses the entire advanced driver assistance system elements. Pre-collision warning and braking, dynamic radar cruise control, lane keeping assist and lane departure alert with steering control, as well as automatic high beam are all part of this.

This is of course on top of the normal safety items and electronic aids like stability and traction control, ABS with EBD and brake assist, a tyre pressure monitoring system, a blind-spot monitor, and vehicle dynamics integrated management. With such a comprehensive package you can be almost certain that you’ll rarely be caught off guard by tricky situations you may encounter on the road.

Dealing with and assessing cars at this kind of price point can be a little tricky, because you’re beyond the realms of traditional value for money assessments and there’s more focus placed in intrinsic qualities than raw value and features. In the case of the latter, the Lexus LC certainly delivers with plenty of standard options and items to keep the car relevant and modern.

As for intrinsic qualities, this comes down to whether you really value a grand-tourer type car – and of course whether you prefer being able to drop your roof when the weather is just right. That isn’t to say that the Lexus LC isn’t without its experiential foibles – the engine can be a little lazy, the transmission ratios a little too long and optimized for efficiency, and the overall weight of the car can make it feel a little less than wieldy in the corners.

In terms of features, the two variants of the Lexus LC available locally are quite nearly identical. The steering wheel is adjustable via powered tilt and telescopic systems with memory adjustment, and paddle shifters come as standard. Both models get an eight-inch colour TFT instrument cluster with a movable meter ring – like most F SPORT variants and the Lexus LFA. There’s also dual-zone automatic climate control, and the Mark Levinson 13-speaker, 11-channel, 918W amplifier sound system that reproduces music with amazing clarity. Naturally keyless entry and start are also standard functions.

AD: Get Up Close With The Lexus LC 500 And See Why It's The Most Beautiful Coupe On The Road 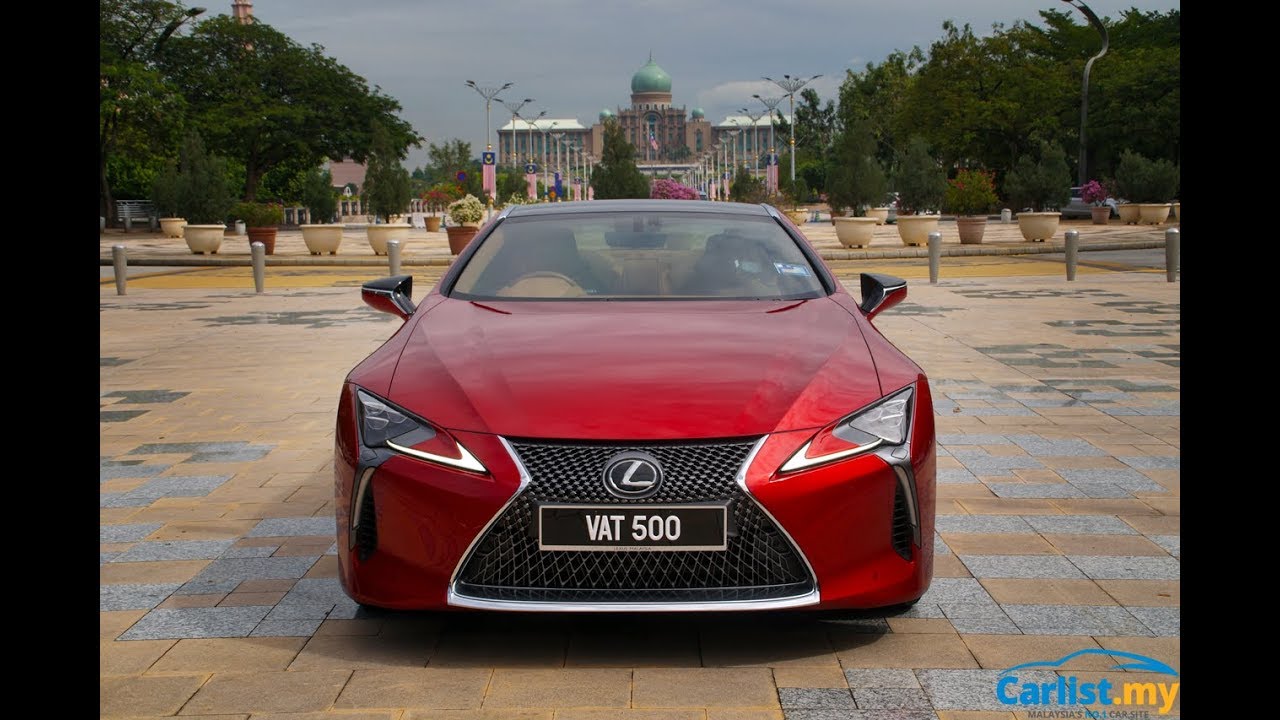