Malaysia is one of those countries where some brands have a much tougher time making a name for themselves, despite doing impressively well anywhere else in the world. In addition to brands like Subaru and Audi, Hyundai has also had a rough go of things over the last few years – although in the mid to late 2000s they had a promising run of models that garnered pretty decent attention from Malaysian car buyers.

As the years have passed, the Hyundai model range has remained relatively small – shrinking even – as other markets received some truly impressive, award winning products. Through it all, however, one model has maintained its presence and still has a respectable reputation to this day – that car is the Hyundai Santa Fe.

The model has gone through four major iterative changes since it was first introduced at the turn of the century, though it was the second generation from the mid-2000s that started to show people just how robust this Korean SUV could be. There was even a fairly hefty turbodiesel variant offered locally that had enough power to take on hot hatchbacks of the time.

This current fourth generation model was first introduced in 2018, with a facelift being put forward in 2020. A lot has changed over these four generations, though in Malaysia there has been an emphasis on ensuring both petrol and turbodiesel options for buyers, resulting in a range that spans four variants and two engines.

It’s important to note that that global facelift that was unveiled in 2020 hasn’t yet been introduced locally, although earlier this year it was made available to the Indonesian market. It may be worth holding out for the facelift if you like the look and feel of a Santa Fe, but may want some more advanced systems and updates that usually come with a facelift.

As mentioned earlier, there are two engine variants available with the Hyundai Santa Fe that give you a level of flexibility when it comes to the kind of powertrain you want. For the more traditional customers, a simple petrol powertrain is offered in the form of a 2.4-litre naturally aspirated petrol engine make a reasonable 172 PS and 225 Nm of torque. This is mated to a six-speed conventional automatic transmission that delivers power exclusively to the front wheels.

The other choice, which is perhaps aimed at those who understand the value of diesel powertrains, is a 2.2-litre CRDI turbodiesel (that’s common-rail direct injection) unit that makes a good 193 PS and 440 Nm of torque – the latter figure being what you should be paying attention to. This is mated to an eight-speed conventional automatic transmission, and power is split across all four wheels thanks to the Active on-demand 4WD HTRAC system.

Regardless of which variant you pick, however, the overall dimensions are the same. The Santa Fe represents a larger SUV proposition among the Hyundai models (not the largest, though). In terms of measurements, the length comes in at 4,770 mm, with a width of 1,890 mm, and a height of 1,680 mm – or 1,705 mm if you add the optional roof rack. The wheelbase stretches 2,765 mm – an indicator of just how large this SUV is.

It’s also important to note that the Hyundai Santa Fe can seat up to seven people with its three-row layout. There are plenty of different arrangements one can make as the second row is a 40:20:40 split that allows you to drop one, two, or all three seats in order to create more storage space. The rear bench, however, is fixed as a singular two-seat unit and has to be dropped together.

When it comes to differentiating the variants, there are no changes between the models that depend on which engine you choose. The only things to consider are whether you pick the Executive or Premium trim levels, and there are noticeable differences from the outside. The Executive model gets halogen projector headlights, as well as bulb-type rear combination tail lights. The fog lamp is also a simple bulb unit, and the wheels measure 18-inches in size.

In contrast, both Premium variants get LED replacement lights for practically every element from front to rear, and larger 19-inch wheels. Both variants get LED daytime running lights as well LED position lamps, and both variants can be had in four different paint colours: Cream White, Iron Grey, Stormy Sea, and Phantom Black.

The fastest way to figure out which variant of the Hyundai Santa Fe you’re in is to look at the seat trim materials. The Executive models get a simple black leather, while the Premium models get brown Nappa Leather upholstery. All variants get a 10-way power adjustable driver’s seat, although only the Premium variants get the 8-way power adjustable front passenger seats. The dashboard trim is leather for the Premium models, and even the sun visors are finished in a deluxe cloth over the standard items. Most notable for the driver is the difference in instrument clusters: the Executive makes do with a 3.5-inch screen, while the Premium gets a nicer 7-inch screen.

Safety items are fairly rudimentary with the Hyundai Santa Fe, although this is most likely due to its development being just prior to wholesale introduction of advanced safety systems. The mainstays are present – items like electronic stability control, ABS with EBD and brake assist, hill-descent control and hill-start assist, as well as vehicle stability management.

Where the Premium variants stand out over the Executive models is the addition of rear occupant alert (warning you if the rear passengers don’t have their belts on), as well as blind-spot collision warning and rear cross-traffic collision warning – both important when it comes to modern vehicles as large as the Hyundai Santa Fe.

The most obvious strengths with the Hyundai Santa Fe are its cargo and passenger carrying abilities, as well as the incredibly robust diesel powertrain (that is, if you opt for it). Even if you don’t, it’s nice that Hyundai are willing to provide options for our local market – though we would also prefer if they brought in a number of their overseas-only models.

The downside, however, is dealing with that fact that Hyundai’s service network and support isn’t quite on the same level as other players in the local automotive space, most notable of which are the Japanese. The Hyundai Santa Fe can’t compete in this regard, but it’s still hanging on.

Pricing for the Hyundai Santa Fe swings fairly aggressively, with the cheapest variant being the Executive with the petrol engine, and the most expensive being the Premium with the diesel engine. In order of price, the Executive petrol variant goes for RM 169,888, while the Premium petrol variant takes this up to RM 189,888. The diesel variants starts at RM 190,888 for the Executive variant, and the range-topper would be the Premium diesel variant that goes for RM 209,888. Granted, the difference of roughly RM 11,000 between the petrol and diesel equivalent variants could easily be made back in how much fuel you save with the diesel model.

What’s interesting is that despite there being a relatively large price difference between the variants, there isn’t altogether a huge difference in terms of the equipment offered with the Hyundai Santa Fe. All variants get keyless entry and start, dual-zone climate control with ionizer, automatic headlights, a rear view camera, two 12-volt outlets, four USB outlets, and rear air conditioning. What sets the Premium variants apart is the addition of an electrochomic rear-view mirror with a compass, a powered tailgate, wireless phone charging, and rain-sensing wipers.

There are no manufacturer quoted fuel consumption figures for our local variants of the Hyundai Santa Fe, but the diesel variant is more likely to be the efficient of the two.

It was big, it could seat seven, it came with a long warranty and it was well priced. + More - Less
14 person found this helpful
5 Excellent
MT
Owner of 2015 Hyundai Santa Fe

Hyundai Will Debut Its Rugged i20 Active At Frankfurt 2015 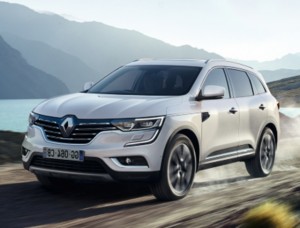 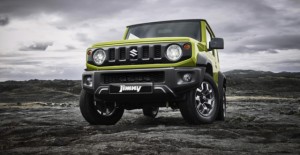 It was big, it could seat seven, it came with a long warranty and it was well priced. + More - Less
14 person found this helpful
5 Excellent
MT
Owner of 2015 Hyundai Santa Fe