The CKD A35 Sedan was introduced in June 2022, alongside the GLA35. If the price was always the barrier for anyone that wanted to purchase the A35 sedan, well the CKD version has definitely helped lower its price tag.

I love it so much, body cutting is so sporty and good looks, like seeing first love.. haha + More - Less
21 person found this helpful
4 Very Good
AlvIn
Owner of 2019 Mercedes-Benz A200

The car looks absolutely stunning on the road bt can be a bit underpowered when overtaking. Turbo lags kicked in when u need instant acceleration. + More - Less
19 person found this helpful
5 Excellent
Shamsul
Owner of 2019 Mercedes-Benz A200

interior is futuristic and the handling and safety future of this car is one of the best you can get on this price range. + More - Less
10 person found this helpful
See all reviews 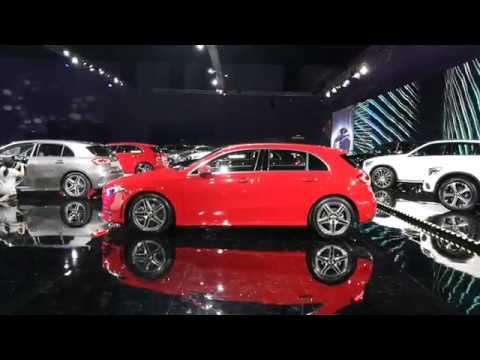 I love it so much, body cutting is so sporty and good looks, like seeing first love.. haha + More - Less
21 person found this helpful
4 Very Good
AlvIn
Owner of 2019 Mercedes-Benz A200

The car looks absolutely stunning on the road bt can be a bit underpowered when overtaking. Turbo lags kicked in when u need instant acceleration. + More - Less
19 person found this helpful
5 Excellent
Shamsul
Owner of 2019 Mercedes-Benz A200

interior is futuristic and the handling and safety future of this car is one of the best you can get on this price range. + More - Less
10 person found this helpful
Load more reviews