Proper off-road credentials Rugged exterior design Modern interior design
V8 engine is full of character Modern, yet old school at the same time There's nothing else like that around

Few cars have had a development cycle quite as long as the Mercedes-Benz G-Class. Can you believe this model is only in its second generation, after a first generation run that spanned 28 years? The actual production history of the Mercedes-Benz G-Class is a little more complex, as older variants are still in production today albeit for government or emergency services usage rather than for public consumption.

The exact reasoning for the Mercedes-Benz G-Class can be a little difficult to understand. In a way, it’s similar to how Jeeps and Hummers were repurposed as lifestyle luxury products in a sense, since the G-Class has more utilitarian roots. The first generation model was essentially a body-on-frame affair which hints at its overall direction and construction.

That construction form hasn’t changed for the second generation, though it is regarded as an all-new platform from the ladder frame to the roof. Unfortunately as is the case with products that have very

In Malaysia we get two very distinct variants of the Mercedes-Benz G-Class, which can make things a little confusing. At the simpler end of the market we have the G350d, which as the name suggests packs a diesel powertrain. This would be one of the rare times Mercedes-Benz has officially offered a diesel engine in our market.

This particular powertrain makes a healthy 286 PS and 600 Nm of torque from it’s 3.0-litre inline-six turbodiesel engine. Drive is split across all four wheels through a nine-speed conventional automatic transmission known as the 9G-TRONIC. The top speed of this variant is quoted at being 199 km/h, with a century sprint time of just 7.4 seconds.

Rather interestingly, this was not the first variant of the G-Class offered in Malaysia. Instead, Mercedes-Benz decided to start incredibly strong when bringing this new generation to Malaysia, offering the Mercedes-AMG G63 as the sole initial variant. As the name suggests it comes with Mercedes-AMG’s turbocharged 4.0-litre powertrain making 585 hp and 850 Nm of torque from as low as 2,500 rpm.

There is the same type of conventional automatic transmission backing the engine, but the all-wheel drive system in this case is a performance biased version of the 4MATIC found in the non AMG variant. The century sprint is dispatched with in just 4.5 seconds, with a top speed of 240 km/h.

In terms of construction, as mentioned earlier it isn’t immediately obvious where the changes are – but Mercedes-Benz managed to shave roughly 170 kilograms between the two generations thanks to more advanced manufacturing and production techniques, as well as heavy redesign and lightening of components. It still isn’t light with a kerb weight of well over two tonnes despite its relatively modest size.

Speaking of size, the Mercedes-Benz G-Class measures in at 4,725 mm long, 1,931 mm wide, and 1,969 mm tall. The wheelbase stretches 2,890 mm – again not massive dimensions for a car in this class (if you could put it in a class at all), but definitely not compact by any stretch.

It’s incredible how well Mercedes-Benz can stylise what is effectively a large box, and make it both impressionable and exciting. There’s absolutely no doubt that the G-Class has presence when it rolls up to your local high-end shopping mall valet lane, having the same kind of gravity that a great white shark has when you remember it was around during the age of the dinosaurs as well. In terms of differences between the two variants, the most obvious would be the front grilles with the AMG variant sporting the Panamerica design. The wheels are also entirely different – the G350d gets 20-inch alloy items, while the G63 gets 22-inch alloys instead.

The inside of the Mercedes-Benz G-Class is a really pleasant place to be – that is, if you like modern Mercedes-Benz interiors. It’s a combination of leather-wrapped soft touch surfaces and high-tech displays and screens, which all plays incredibly well with the linear, boxier design features of the exterior. The material choices for the seats are slightly different between the two variants, though you’d be hard pressed to find any more significant differences.

Both variants of the Mercedes-Benz G-Class come with a decent amount of active safety systems thanks to the packages Mercedes-Benz includes as standard. Items like autonomous emergency braking, adaptive cruise control, lane keep assist, and blind spot assist are there to keep you safe on your journey, and add a level of semi-autonomy.

There truly is no other car that has remained so pure and faithful to its original form like the Mercedes-Benz G-Class has, especially since the complete redesign and redirection for cars like the Land Rover Defender, and the gradual evolution of the Porsche 911. The G-Class was modernized ever so slightly, but from afar you would be hard pressed to tell exactly which model year or era you’re looking at.

This can be viewed as a very unique strength, especially in a time when resto-modding (modernizing classic cars without compromising their character) is coming into fashion. You could easily view the modern-day G-Class as a restomod available from the factory – with improvements made in terms of driveability, efficiency, comfort, connectivity, and safety.

But much like other extremely high priced products, the Mercedes-Benz G-Class is a lifestyle product, plain and simple. You don’t derive any more practicality or functionality from it than you would with any other luxury SUV that costs significantly less, and in many cases are better suited for the world we live in today. Ultimately if it’s the aesthetic and the presence that you want, then it’s the G-Class you will have to go for.

Ownership of the Mercedes-Benz G-Class definitely doesn’t come cheap, given that it is both a lifestyle product, as well as one that isn’t produced in particularly large numbers. Very few of the components that comprise the G-Class can be transferred or used in other vehicles, which in turn makes them more expensive as you can’t reach economies of scale.

That aside, to have a Mercedes-Benz G350d in your driveway, you would need to fork out RM 999,888.00 – just shy of the seven figure mark. Going for the full-fat Mercedes-AMG G63 will set you back RM 1,446,888.00 – a good fifty percent more or so than the regular G-Class variant. Both of these prices are not inclusive of any options that you can tick when you purchase a vehicle like this, but it is inclusive of the duties on the base selling price.

There are plenty of features that come as standard regardless of which variant of the Mercedes-Benz G-Class you choose. Both variants get a Burmester surround sound system, as well as adaptive suspension and active engine mounts for a good balance between performance and comfort. A sunroof and automatic climate control are also part of the package, as is Multibeam LED headlights.

great suv by Mercedes, ladder frame chassis excellent for off road, performance included torque is good enough but not suitable for speed above 120km/h,,it's boxes shape generate lots of wind resistance plus wind noise,,soo although it can "run" if you think about speeding, forget about it,,go get a sportscar ? ,,for long traveling or offroading it's excellent + More - Less
9 person found this helpful

All-New Mercedes-AMG G63 Launched In Malaysia, From Over RM 1.46 Million

Why The 2018 Mercedes-Benz G-Class Is Better Than Ever

Detroit 2018: The All-New Mercedes-Benz G-Class Still Looks The Same On The Outside

Mercedes-Benz Updates The G-Class With New Drivetrains, Piles On The Power 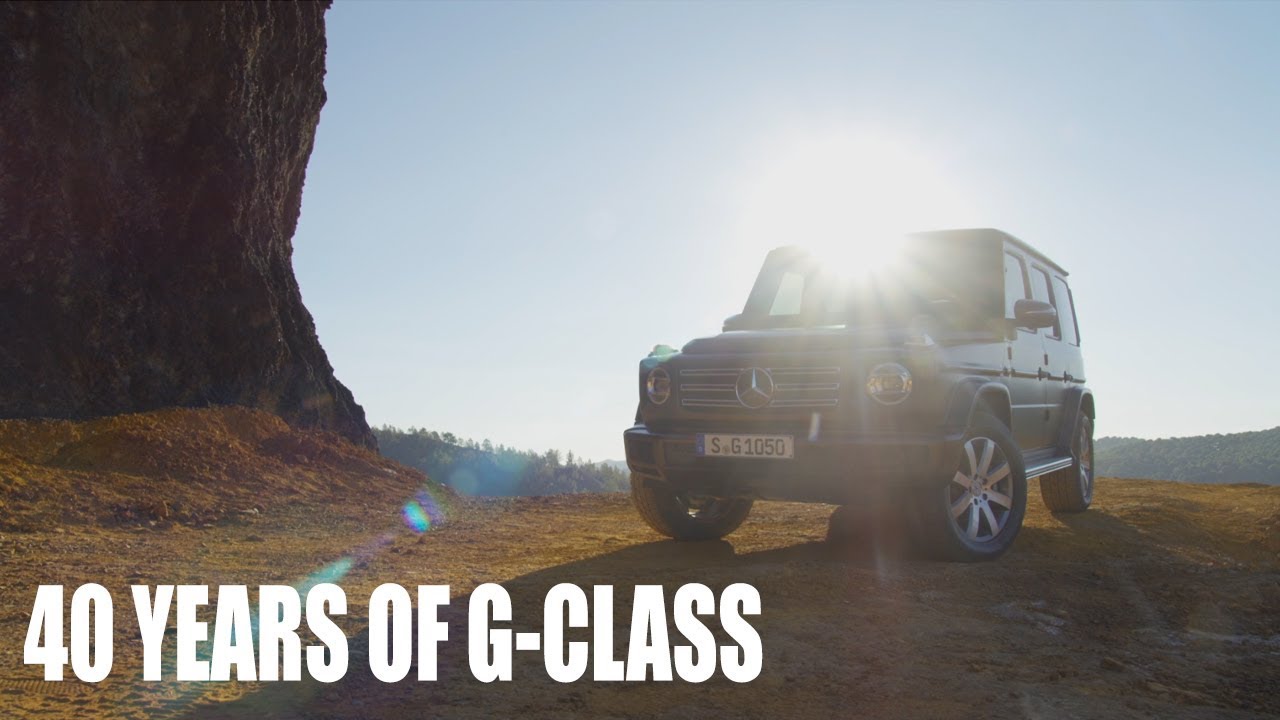 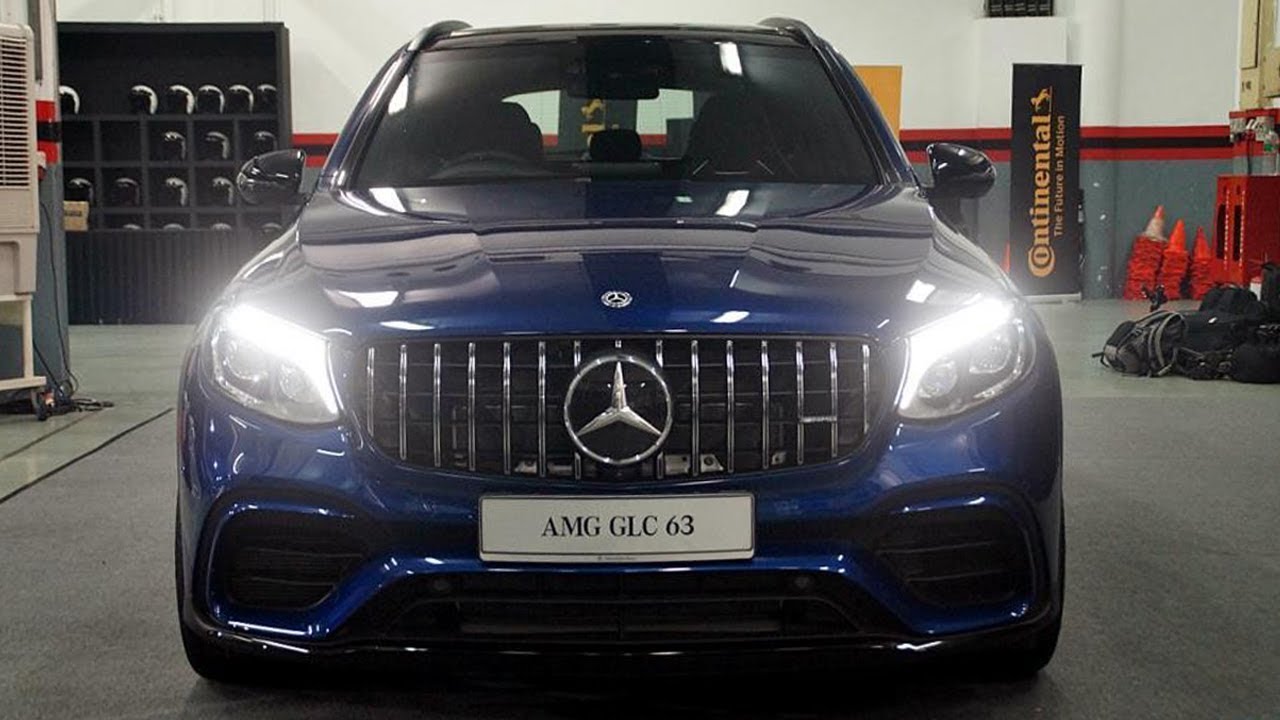 great suv by Mercedes, ladder frame chassis excellent for off road, performance included torque is good enough but not suitable for speed above 120km/h,,it's boxes shape generate lots of wind resistance plus wind noise,,soo although it can "run" if you think about speeding, forget about it,,go get a sportscar ? ,,for long traveling or offroading it's excellent + More - Less
9 person found this helpful
Load more reviews