There’s a peculiarity when it comes to Audi’s products that make it a rather unique brand. Every single one of its products has a very distinct customer base and you’ll rarely see people cross-shopping if they’re not already interested in a particular product. There’s the all-out RS models for the performance enthusiasts, the Audi R8 for those with a penchant for mid-engined supercars, and sedans in every segment. The only unifying thing that ties these customers together is an affinity for the brand and the technologies provided.

Which is what makes the Audi A8 a particularly special car. It is far from a traditional option in the segment, with its other German rivals demanding more attention and having stronger product positioning over the last few decades. But that doesn’t mean it doesn’t have a lot to offer, and in fact it is a pretty competitive product if you can see the value.

Like most of the Audi models in Malaysia, the Audi A8 is only offered in a singular variant: long wheelbase, and with a 3.0 TFSI Quattro powertrain. The powertrain itself is one of the larger and more potent options, short of the all-out V8 twin turbo that is reserved for the top-of-the-line variant. The model was launched locally back in 2019, with its global debut having been back in 2017 which means that it is due for a facelift in the coming year.

It’s very simple when it comes to Audi products, and in the case of the Audi A8 the name reveals most of what you need to know. The singular variant on offer is known as the A8L Sedan 3.0 TFSI quattro. If we break it down, the L suffix to the A8 denotes that it is the long wheelbase variant of the car, as opposed to the standard length model. This is a common practice for full-size luxury sedans available in Malaysia as it makes more sense to offer the most legroom and interior space possible.

The Sedan portion of the name seems like a bit of a pointless inclusion as the Audi A8 is only available in sedan form. This is in contrast to other Audi products that may be available as both a sedan or hatchback or Sportback. As mentioned before the 3.0 TFSI refers to its turbocharged 3.0-litre petrol V6 engine making a healthy 340 hp and 500 Nm of torque.

Which brings us to the last part of the name, quattro. You must pay heed to the lower case “q” as this is the indication that it is the system rather than the car. The original Audi Quattro, or ur-Quattro as it is known, was a specific model that really cemented Audi’s reputation for building all-wheel drive vehicles at it was highly dominant in rally and road racing. Its legacy is an all-wheel drive system that splits power cleverly and evenly between all four wheels where traction is maximised. In between the wheels and the engine is an eight-speed conventional automatic transmission.

Also worth noting is that the powertrain itself is classified as a Mild Hybrid which means a small electric motor generator driven by a belt helps to provide additional boost when taking off the line, or maintains engine speed for better coasting which results in all-round better fuel economy.

What’s surprising is just how many colours you can have your Audi A8 in. The exterior paint options span a range of hues. Totalling 11 colours, you can have it in solid paint, metallic paint, or pearl effect finishes. Solid paint comes with a sole Brilliant Black option, which while understated may actually be the de facto option for Audi A8s as they are commonly used as things like embassy cars or close protection vehicles. However if that’s not your taste, the metallic options are as follow: Glacier White, Vesuvius Grey, Floret Silver, Moonlight Blue, Navarra Blue, Mythos Black, Monsoon Grey, Seville Red, and Terra Grey. The final paint option is the pearl effect Impala Beige.

When you’re getting into Audi ownership, you’re going to have to get comfortable with sombre interior tones - not that this is a bad thing, but it’s a very common colour palette for they side of Audi products and something that almost defines the brand. A few years ago there was a strong Audi campaign that rallied against the concept of ‘Old luxury’ and in doing so they felt that they could reinvent the luxury car. In many ways they did, as their interiors are some of the most futuristic out there in terms of switchgear and layout - but this in itself presents a different issue that we’ll cover later.

This is 2022, which means the Audi A8 has to come with a number of safety advanced driver assistance features or it isn’t fit to be called a luxury car. It does manage to deliver on this promise with things like autonomous emergency braking and lane departure warning, although adaptive cruise control hasn’t quite made it in. Still though, you can be assured that structurally the Audi A8 is a strong piece of kit, what with Audi’s experience in building cars that don’t compromise on structural integrity.

As mentioned earlier, the particularly sombre nature of the Audi A8’s interior can be a benefit or a hindrance depending on how you view it - and it is most telling from the brochure materials. In the brochure you can see images of the owner engaging with the infotainment systems from the driver’s seat - which becomes a little peculiar when you realise that the target demographic in other countries may drive their full-sized luxury sedans themselves, but this is rarely the case in Malaysia.

What this results in is a lot of pretty items and functions and features that cannot be access or enjoyed by the owner of the car. The space-ship like controls are all but inaccessible to rear passengers, who have a consolation prize of a small control unit in the centre armrest. This is why the Audi A8, despite being a technological tour de force and being adequately comfortable, luxurious, and spacious, doesn’t quite stack up against its rivals.

Pricing for the Audi A8 is rather unsurprisingly uncompetitive, but this is because of Audi’s position in our market. They don’t have as much of a foothold in Malaysia as they did back in the 1990s, or even up until the pre pandemic days when they were ramping up their local presence with the introduction of a number of models. Their approach these days is to offer as many models as possible, but not to necessarily offer as many variants. Here we see the Audi A8L Sedan 3.0 TFSI quattro going for RM 892,441.58 - inclusive of the SST exemptions.

If you want features in your Audi A8, you’re gonna get it. There’s the Audi Virtual Cockpit front and centre for the driver, providing an impeccable display of information and functionality, even to the point of letting you display your navigation across the width of the cluster. There’s also the Audi MMI Navigation Plus with MMI Touch Response for infotainment, and a heads up display. Bang & Olufsen Premium Sound System with 3D Sound comes as standard too.

Fuel consumption for the Audi A8 is available as a manufacturer quoted figure and this happens to be a decent 8.2 litres per 100 kilometres, or just under 12 kilometres per litre. This is a reasonable figure given the size and weight of the Audi A8, but be warned that aggressive high speed driving or idling for long periods of time will significantly worsen fuel consumption.

User Review of Audi A8

Exterior Design
Submit your experience with Audi A8

Audi Adopts A New Naming Style For Its Models, And Its A Bit Confusing

2018 Audi A8 Interior To Be Almost Button-Free

Audi Teases the All-New A8 in this Spiderman Spot

Audi Shines Some Light On the Upcoming 2018 Audi A8

All-New 2017 Audi A8 To Offer Hybrid Engines As Standard

The All-New Audi A8 Will Be Even Lighter 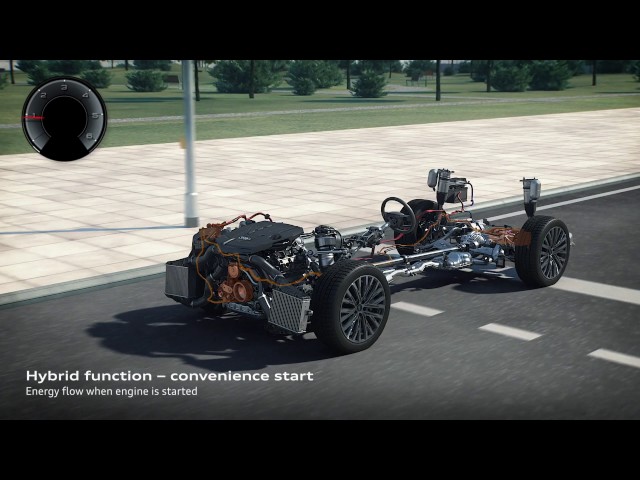