Flagships are considered the best and the most complex of what a company has to offer – the bleeding edge, the product on which they stake their name on. For Lexus that’s the Lexus LS – their largest and most prominent and most prolific product to make its way around the world. It is truly their crown jewel, and while they may be more regarded and popular for their luxury SUVs, one still can’t get around the fact that a Lexus LS is truly something to behold.

Rather interestingly, the Lexus LS is a bit of a sleeper in many regards. The product has been around since the 1980s in some form or another, growing and evolving in luxury and complexity – and at a certain point it managed to outrank its contemporary German rivals in a number of metrics. While it is an incredibly pricey proposition, it remains the choice for those who want the ultimate in refinement and outright insulation from the outside world.

There has been a transition in terms of powertrains – rather significantly – between the current generation Lexus LS and its predecessors. This is the first generation to come with a forced induction powertrain, as previous generation models saw a steady increase in engine capacity in order to consistently maintain a level of performance expected of it.

For now, there is only one variant of the Lexus LS available in Malaysia – prior to this there was also a hybrid variant that has been phased out. In terms of pricing and specifications however, there are two models – though the more expensive of the two is more an additional optional package added on that also happens to bump up the price by a not insignificant amount.

It’s interesting that the Lexus LS is one of very few models to use its particular powertrain: a turbocharged 3.5-litre V6 petrol unit that makes 415 hp and 600 Nm of torque. Why this is interesting is that the flagship coupe in the form of the LC 500 maintains a naturally aspirated, large capacity V8 petrol engine that makes similar performance levels. This could be down to a choice of characteristics for each particular model, as the LC happens to be more of a sports car, grand-tourer type vehicle.

In any case, the turbocharged unit is a refreshing and more environmentally conscious change to the Lexus LS line as prior to this it had a massive 5.6 litre V8 petrol engine sitting up front. With the use of forced induction, there is also a much broader and more usable torque curve, allowing the Lexus LS to accelerate fairly effortlessly through the rev range despite having a much smaller capacity to work with.

Power is delivered exclusively to the rear wheels through a ten-speed conventional automatic transmission, providing quick and seamless shifts that allows the Lexus LS to accelerate briskly while also cruising at higher speeds with the engine speeds kept down through longer gear ratios. The total package is nice and neat, and it would be interesting to see it applied to something else like their compact sedans.

Design language has been one of Lexus’ strengths for the last few generation of products, so much so that despite being ridiculed for the last decade or so, contemporary options have adopted eerily similar design language and approaches to stylistic strong points. The Lexus LS is a beautifully proportioned large sedan, with angular lines combined with Lexus staple elements for an exciting overall package.

Being inside the Lexus LS is a treat in terms of both sight and touch. The material choices and fit and finish are second to none, but more than that is that they pull out all the stops when it comes to your comfort, especially as rear passengers. The more expensive variant of the Lexus LS include 22-way power adjustable rear seats with a powered Ottoman feature to really let you stretch your legs and relax.

Sitting atop the Lexus model hierarchy means that the Lexus LS comes with a plethora of advanced driver assistance systems under the umbrella known as Lexus Safety System+. The pre-collision system, lane tracing assist, and dynamic radar cruise control with stop and go function all work together to keep your car in a relatively healthy bubble and keep you out of harm’s way, as well as interacting in order to provide some level of autonomous driving in a sense.

As we’ve mentioned extensively through this piece, the strength of the Lexus LS comes from the refinement and insulation that it provides for occupants. It also delivers that in a package that is extremely pleasant to spend long periods of time in, with nice touch points and features to keep you occupied. Whether you’re travelling around town or trying to cover vast distances in speed and comfort, the Lexus LS delivers in spades.

That being said, there are a few little issues that one may come to deal with. The first is that the Lexus LS doesn’t have the technological edge it may have once had in the past, as European rivals have taken large and consistent steps to improve their products in the features and technologies department. Lexus has not had the budget nor the time to do so, which has led to them falling behind slightly.

If you were to tell your extended family that you spent over RM 1 million on a Japanese car, you might have gotten some peculiar looks two decades or so ago. These days, however, high performance and high luxury Japanese products are accepted and encouraged for their combination of refinement and build quality, as well as outright reliability. With this in mind, getting into Lexus LS ownership will set you back RM 1,023,629.00, or RM 1,304,768.00 if you go for the Executive package that comes exclusively with the Kiriko glass option.

While the features in the Lexus LS may not be the most cutting edge nor the most outright ergonomic in terms of the user experience, there’s something endlessly charming about the way Lexus executes it in a sort of throwback to the old days. The higher-spec variant of the Lexus LS even get entertainment systems mounted to the back of the front seats to keep rear occupants happy over longer trips. Massage functionality for rear seats is a given, and of course one cannot forget about the impeccable sound system that is quite frankly world-beating – there’s a reason Mark Levinson has been the choice for Lexus for so long.

The manufacturer quoted fuel consumption figures for the Lexus LS are pretty decent when you factor in the fact that it weighs over two metric tonnes. This stands at 10.5 kilometres per litre, although it’s important to remember that the figure can swing quite wildly for the worse depending on the way in which you drive as turbocharged vehicles are usually prone to consuming much larger amounts of fuel when you accelerate harder or are stuck in slower moving traffic.

Lexus LS Gets a Dose of F Sport Treatment 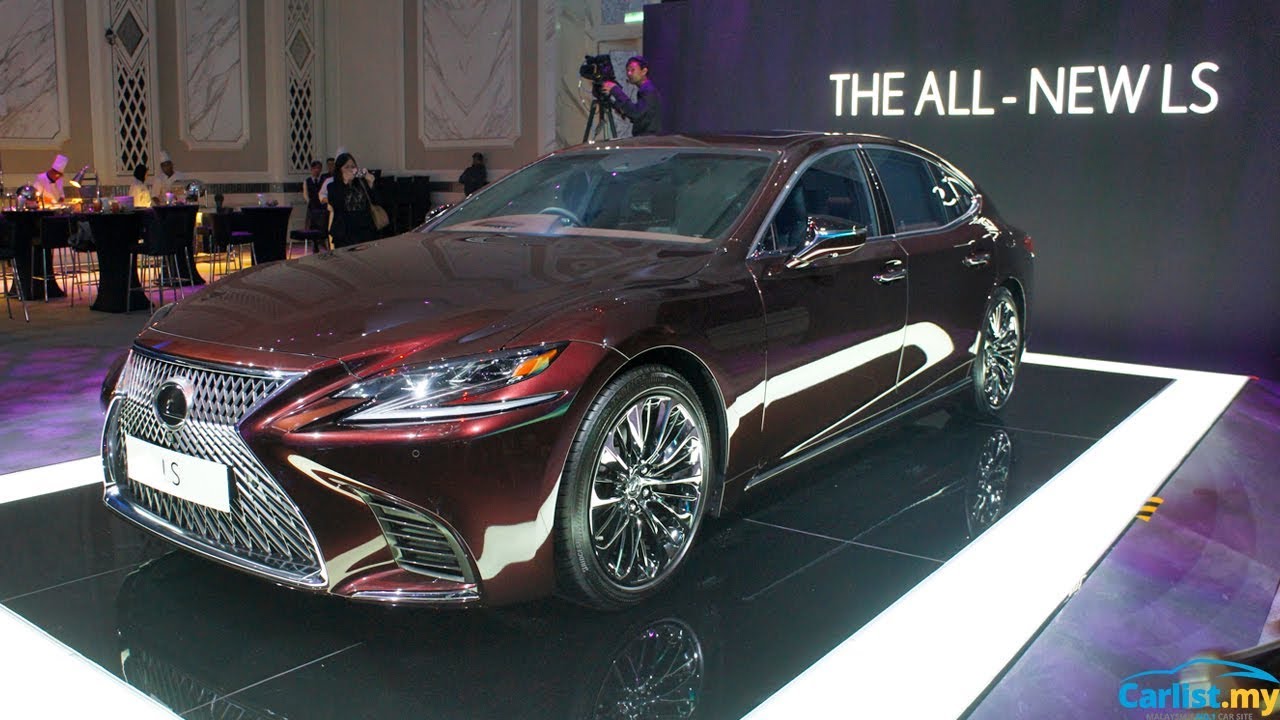 Highlights Of The All-new Lexus LS