Every brand has a flagship model, and in the case of Mercedes-Benz, this has historically been the S-Class sedan. Granted, you might argue with us on this as the market trends towards other body-styles, and of course the existence of marques like Maybach that take the S-Class even further.

But for the purposes of respect and a historical understanding, the S-Class is what represents the most elegant and sophisticated Mercedes-Benz model you can purchase in Malaysia. Practically every generation of the model has seen representation in Malaysia as well, with this most current model being the sixth generation W222 model.

This model has been on the market since 2014, undergoing a facelift in 2019 with the range of variants pared down to just two models. Coming into 2021-2022, the Mercedes-Benz S-Class is only available in a singular plug-in hybrid electric vehicle in the form of the S560e.

It’s important to note that other parts of the world have already seen the new seventh-generation W223 Mercedes-Benz S-Class, though we’re not entirely sure when this model will see its local launch. Still though, the S-Class is far from outdated even when you compare it to the current crop of models – something that flagship models usually benefit from as they are over-specced from introduction.

There is a singular powertrain for this singular variant of the Mercedes-Benz S-Class, and in this case it’s a turbocharged 3.0-litre V6 petrol engine paired with an electric motor. The engine is similar to the units found in the 43 AMG models, producing 367 PS and 500 Nm of torque. The electric motor adds an additional 121 hp and 440 Nm of torque, albeit at different points in the engine’s operation.

The total system output as a result is 469 hp and 700 Nm of torque – no figures to sniff at. That performance is delivered exclusively to the rear wheels through a 9G-TRONIC nine-speed conventional automatic transmission. In effect, this model is a successor to the S400h that represented hybrid S-Class motoring in Malaysia prior to this facelift.

All electric range for this S560e is up to 50 kilometres, depending on the way in which you use it and how gently you drive. This is achieved with a 13.5 kWh lithium-ion battery that is smaller than its predecessors (which had half the capacity), in turn taking up less space in the boot. Charging with an installed Mercedes Wallbox will take 1.8 hours from 10% to 100% charge status, while your regular three-pin socket will take closer to six hours. Hooking it up to a charging outlet at a mall or petrol station will take closer to four hours to charge.

It’s important to note that there is no “L” in the variant name – it’s simply S560e. This indicates that the S-Class is a short wheelbase variant, measuring at 3,035 mm. The overall length is 5,146 mm, with a width of 1,899 mm, and a height of 1,496 mm. The long wheelbase variants were previously offered in Malaysia, but as of now they have been discontinued.

Unlike the lion’s share of Mercedes-Benz models, the S-Class in this variant does not come with an AMG Line package. That was reserved for the now defunct S450L, and instead this S560e gets the Exclusive trim and the night package as well, giving it an elegant look without taking it to the levels of aggression AMG models are known for. This also means it has 19-inch multi-spoke alloy wheels, one at each corner. There is also a three-louvre front radiator grille, updated front and rear bumpers for the facelift, and updated tail-lamp designs. The headlights are multibeam LED units. You can get the S560e in seven different paint options – Selenite Grey, Obsidian Black, Iridium Silver, Magnetite Black, Diamond Silver, Cavansite Blue, and Diamond White Bright.

The inside of the Mercedes-Benz S-Class is a careful balance between all-round comfort, and focus on rear occupants. The front half of the cabin is elegantly designed, with a large dual screen setup that spreads across two thirds of the dashboard – though this is a stop-gap measure that doesn’t quite have the most recent MBUX-based interface integrated. Wood panelling is used liberally throughout the car in a high-gloss brown burr walnut flavour – from dashboard to steering and centre consoles.

Safety functionality in the case of the Mercedes-Benz S-Class comes in the form of both advanced and active safety systems. Your usual alphabet soup of ESC, ABS with EBD, BA, HSA and the like are more than expected at this price point, but items like Active Steering Assist, Active Braking Assist, and Distronic active distance assist with adaptive cruise control are what really elevates the driving and occupant experience to another level.

You could say that the greatest enemy of the Mercedes-Benz S-Class is its next generation – and in this case this would be true. The next generation S-Class is due for launch locally in the coming months or following year, and that is really the only element that goes against the S-Class for what it is – the purest expression of luxury as Mercedes-Benz views it.

But even for the impeccable comfort and the functionality and features, the build quality and the isolation from external factors, there are a few things the S-Class has to contend with. For one, there is still one Japanese rival that manages to outclass it in raw mechanical function, and the other is that large limousines are slowly falling further and further out of favour for a variety of reasons.

For one, they are a somewhat a sign of old luxury, which is a two-fold issue. If most of the demographic of these models are older, it also makes sense to have a vehicle with a higher hip point for easier entry and egress – which is part of the reason why SUVs have become more popular with time. Combine this with the fact that an SUV presents a more youthful image, and you begin to understand why the S-Class may be cannibalized by its siblings.

The singular variant of the Mercedes-Bens S-Class in Malaysia is the S560e, and it goes for RM 646,625.61, inclusive of all current incentives and warranty and service packages. The S-Class is currently locally assembled in Malaysia, meaning it gets a healthier incentive package as a result.

Features and functionality are not light in the Mercedes-Benz S-Class, with elements like ambient lighting being on the simpler end of things. The S560e comes equipped with the Mercedes-Benz Chauffeur package, adding controls for the front seats from the rear, as well as executive seats for rear occupants. There’s a 13-speaker Burmester sound system, as well as Apple Car Play and Android Auto functionality – all from the back seats.

The manufacturer quoted fuel consumption of the Mercedes-Benz S-Class in this S560e variant is 2.1 litres per 100 kilometres of travel – though there are a couple of caveats to this. For instance, this is assuming you keep the battery charged as often as possible, and that you drive as economically as possible – being a turbocharged powertrain, fuel consumption changes quite drastically if you drive aggressively.

Very reliable and the most comfortable among the same class of cars. + More - Less
5 person found this helpful
5 Excellent
Chris
Owner of 2011 Mercedes-Benz S350

The car still feels and runs like new. Everything is functioning as per original ?condition. + More - Less
11 person found this helpful

The 2021 Mercedes Benz S-Class Is More Tron Than Ever

Frankfurt 2019: Mercedes-Benz Vision EQS Concept Is The Electric S-Class Of The Future 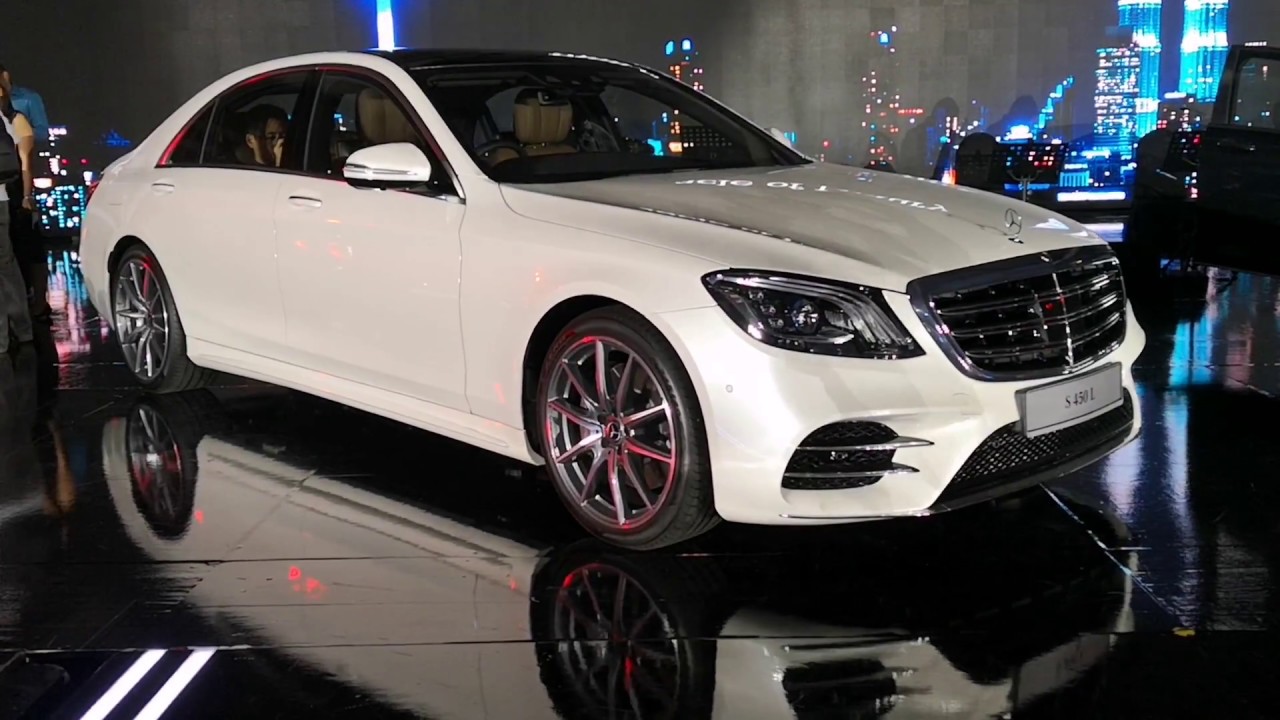 Very reliable and the most comfortable among the same class of cars. + More - Less
5 person found this helpful
5 Excellent
Chris
Owner of 2011 Mercedes-Benz S350

The car still feels and runs like new. Everything is functioning as per original ?condition. + More - Less
11 person found this helpful
Load more reviews